Getting Featured on the App Store: 14,000% User Growth

It’s almost Noon on July 30 — our big launch day — and things are going great. We’ve already had some great press and user growth is picking up. But instead of celebrating, we find ourselves feverishly refreshing Apple’s App Store pages hoping to see that which we’ve sought for over a year: an App Store feature.

At around 2pm I notice on App Annie that we’ve been featured on the App Store in 94 countries! But the United States isn’t one of them. A slight melancholy settles in. Is that it? It’s nice to be featured in Portugal but we were hoping for an English-speaking country since, you know, that’s the language our app works in.

Then in a moment of wishful thinking I went to the front page of the App Store and saw this: 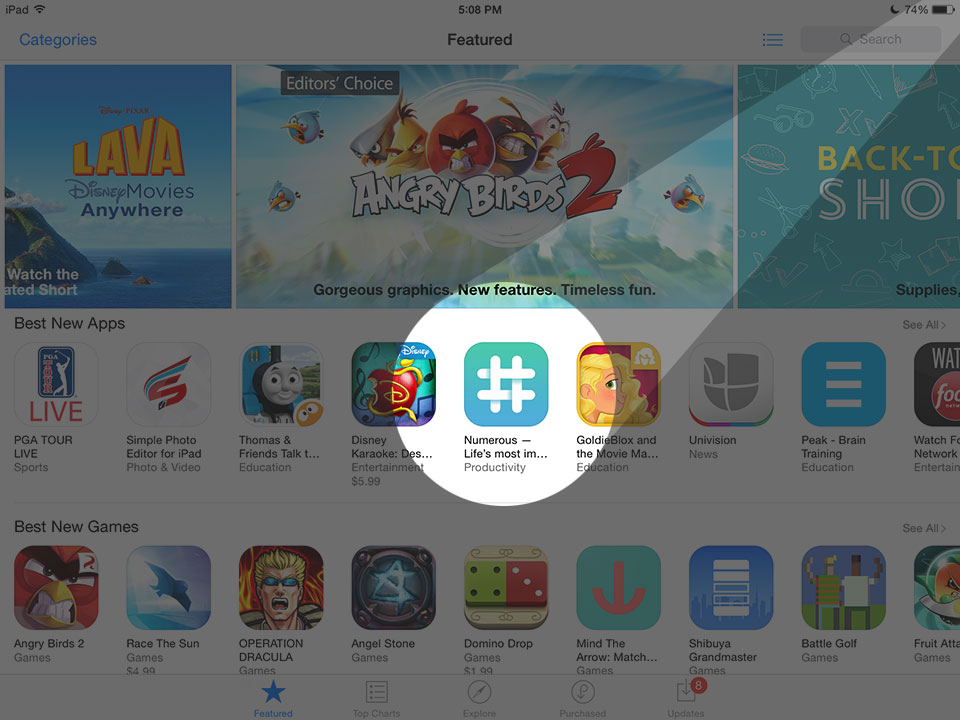 OK, I added the spotlight, but there we are in the Best New Apps section on iPhone and iPad!

There are a thousand ways Apple can feature an app in its App Store. The ultimate is Editor’s Choice: front page, top, full-width. Typically this spot is reserved only for collections of apps with only the truly colossal names getting their own space (hello Angry Birds 2!) — we were under no delusion that we would get that spot. Best New Apps was the best we could have realistically hoped for and seeing our name there was a total shock.

Suddenly we’re adding thousands of new users. 6,000 in the first day and over 9,000 the next. At peak we’re doing 140x the new user sign-ups compared to the same period the week before. The servers are holding up. Support traffic is surprisingly light. We finally celebrate with some 🍻 emojis in our Slack chat room. 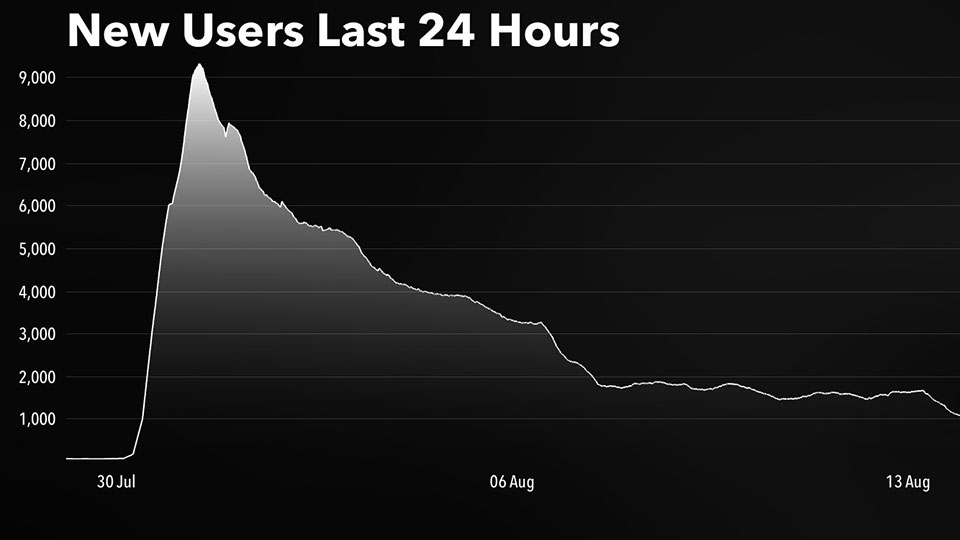 The road to getting featured on the App Store was a long and winding one. Until recently I had naively assumed that once our app reached a certain level of awesomeness, we’d naturally just get discovered by Apple and featured. Maybe that was true in 2009, but today there are 1.5 million apps on the App Store and there’s no magical force that’s going to bubble an app to the surface based on its merits alone. The reality is that before this, in all likelihood no one with any editorial influence at Apple had ever even heard of Numerous.

Instead, it took a lot of networking and some luck to make a contact on the App Store team. After several phone calls and emails with our Apple contact it seemed like some sort of feature was a possibility, but this was never explicitly stated. We already had a big release in the works so for the next month we worked our butts off adding as much umph as we could including support for Salesforce, Stripe, Misfit, Facebook, and Coinbase, a Piggy Bank channel, all-new branding, and a redesigned UI.

A day after submitting, we received detailed, thoughtful, and overwhelmingly negative feedback from an App Store editor at Apple. The criticism stung a little but we quickly saw the silver lining: someone with actual influence at Apple cared enough to respond. We could have easily responded with a point-by-point defense and “stood pat” on our submission. Instead, we pushed the launch back by two weeks and worked non-stop to address every single point raised. We completely redid our onboarding experience. We redesigned the sign-in UI. We squeezed every ounce of performance out of our servers and the app. We fixed bugs that no one else would ever see. In the end, we undoubtedly had a better app and we felt grateful for the criticism.

A few days after our resubmissioin we got that email that every iOS app developer wants to see: the request for feature artwork. These requests are by no means a guarantee of anything, but it meant our app was under consideration and we gleefully obliged. 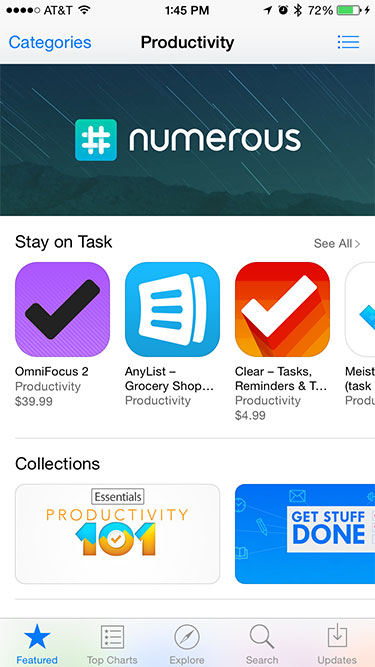 It was an exhilarating week. We’ve been on the App Store for over a year and yet nearly doubled our user sign-ups in just one week. We’re still adding new users at a blistering pace and we just passed the 100,000 user milestone.

Apparently getting featured on the App Store isn’t necessarily a one-shot deal. The following week, Numerous remained in the Best New Apps category on iPad and moved to the carousel section of the Productivity category where we’ve remained until even now, almost a month after the initial feature.

M.G. Siegler recently went so far to say that app developers might want to decline an App Store feature by Apple. Most of those new users, he says, will only use the app once before deleting it and never trying it again. To be fair, he’s talking about a v1.0 app whereas we’re a more mature v3.0 app. But what about user retention? We did indeed see a lot of “drive by” users, but not nearly as many as we feared. Our normal one week retention is somewhere in the 50-60% range but it only dropped to 30% during the first week of our App Store feature, substantially higher than the “single digit percentages” cautioned by Mr. Siegler.

It’s too early to fully evaluate the impact of the App Store feature on our business. We’re learning how these new users engage with our product and we have a ton of data to analyze. But being able to share Numerous with so many new users in such a short amount of time has been an absolute thrill.