This is the first in a series of blog posts previewing iOS 8-specific features coming to Numerous.

Last month at WWDC 2014 Apple astonished the developer community with a torrent of announcements and features including iOS 8, OS X Yosemite, and a new programming language called Swift. 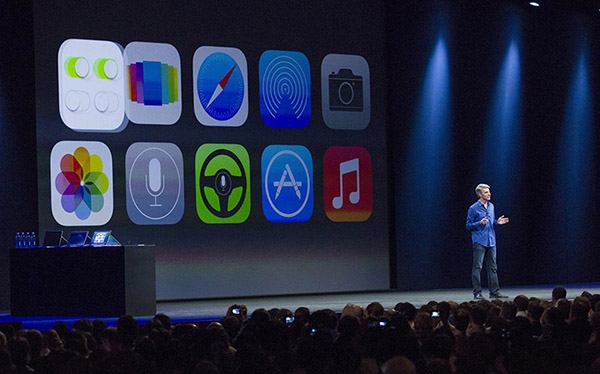 As I watched the keynote on Apple TV I actually found it difficult to keep up with all the new technologies and features being revealed, but one iOS 8 feature in particular immediately struck me as something that we absolutely must do for Numerous.

In case you’re not familiar, iOS 7 introduced a redesign of the iOS Notification Center that includes not only the notifications you’ve received but a new view called Today that shows you lots of stuff that’s important right now — meetings, stocks, traffic, and more — and this view is always available by dragging down from the top of the screen, even when the device is locked.

Fun fact: probably my biggest contribution to iOS 7 from when I worked at Apple is the Stocks part of that view!

So what changed in iOS 8? Apple is opening up this view to developers so any app on your iPhone or iPad can provide content to display there. Of course, the user has the option of organizing the content any way they like or to turn it off completely.

Our primary mission at Numerous is to make the most important numbers in your life easily accessible. Clearly, making them available to users without having to launch the app or even unlock their phones will be great.

While iOS 8 isn’t slated to ship until “This Fall” (and that likely means very early Fall), we’re happy to say that we already have Numerous in the Notification Center’s Today tab working. From within the app you can select as many numbers as you’d like to appear in Today and even order them differently than they are in the app. It looks like this: 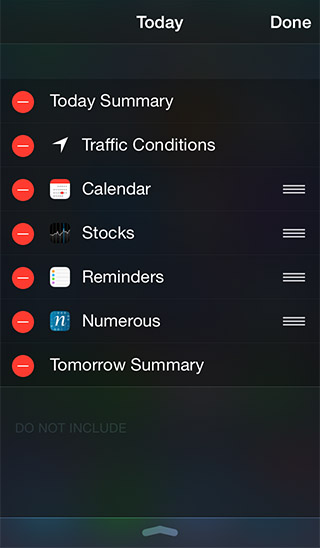 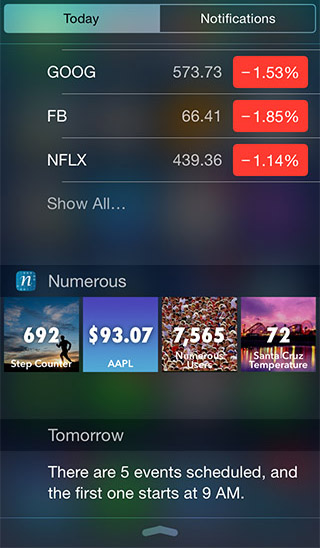 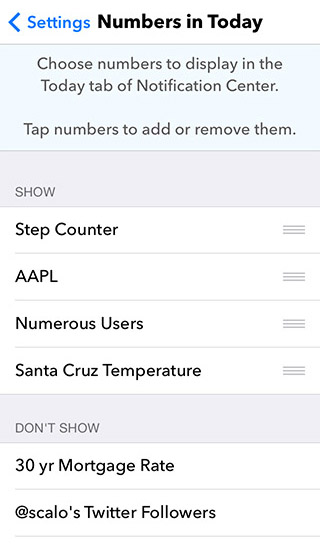 We hope you’re as excited about iOS 8 as we are. Check back here in the coming weeks to learn more about how we’ll be adopting other upcoming great technologies.